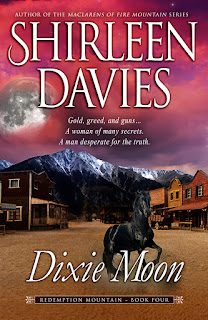 Description: Gabe Evans is a man of his word with strong convictions and steadfast loyalty. As the sheriff of Splendor, Montana, the ex-Union Colonel and oldest of four boys from an affluent family, Gabe understands the meaning of responsibility. The last thing he wants is another commitment—especially of the female variety. Until he meets Lena Campanel... Lena’s past is one she intends to keep buried. Overcoming a childhood of setbacks and obstacles, she and her friend, Nick, have succeeded in creating a life of financial success and devout loyalty to one another.  When an unexpected death leaves Gabe the sole heir of a considerable estate, partnering with Nick and Lena is a lucrative decision…forcing Gabe and Lena to work together. As their desire grows, Lena refuses to let down her guard, vowing to keep her past hidden—even from a perfect man like Gabe. But secrets never stay buried… When revealed, Gabe realizes Lena’s secrets are deeper than he ever
2 коментара
Прочетете още

[book promo]Love in time of murder

Cozy Mystery Date Published: October 5, 2015 In Love in the Time of Murder, the Gray-Haired Knitting Detectives face their toughest case yet. Delilah, or Dee as she wishes everyone would just call her already, is the granddaughter of one of the knitting detectives and her life is in a bit of a shambles. She finally manages to pry herself away from her husband’s clutches, move out on her own, and start her own business. But then her estranged husband is found dead and she’s the number one suspect. The Gray-Haired Knitting Detectives aren’t about to let one of their own get sent to the slammer and jump at the chance to search for the true killer. As if Dee doesn’t have enough problems, the knitting detectives decide that Delilah being a widow is the perfect opportunity to find her a new man and decide to put their matchmaking skills to use. Will Dee end up in prison for a murder she didn’t commit or will she be taking another walk down the aisle? TEASERS E
Публикуване на коментар
Прочетете още 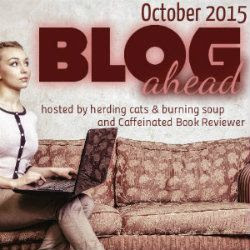 I've never been much of the sheduled post type, not at least in the long term. I'd shedule posts for next week for example if I know I won't be able to do it the exact day. But I've been thinking for a long time I should get into the habit. Next month I want to participate in the NaNoWriMo, and in December I'll be having a state exam, and suddenly the idea of typing ahead some posts so my blog won't seem dead suddenly seems like a great idea. In this challenge (click the button to go to the hosting blog and read all the details) the participants try to make 31 or more sheduled posts to go live after November 1st. My initial aim is to write 15 book reviews, 10 meme posts, and rest of the post numbers can be something different or to go towards the reviews or the memes. I will update this post with my progress during the month
4 коментара
Прочетете още

[book promo] No trouble at all NEW RELEASE! COMING HALLOWEEN ~ OCTOBER 31st, 2015  A romantic suspense murder mystery by talented, award-winning author, Lisa Acerbo.  It's a bad day for Sophie Carter when she stumbles across a dead body in the woods. But when the suspected murderer turns out to be a leather-clad vagabond who died in 1889, her carefully controlled quiet life explodes. Not only is Sophie in the wrong place at the wrong time, as a local history buff who loves old legends, she knows too much about the past to remain uninvolved. Trouble is a killer and no one can escape. Detective Jackson Lynch asks Sophie to help him decipher the legend of the Old Leather Man and unravel the mystery of the murdered woman. Going against her best judgment, Sophie joins forces with the distractingly sexy detective on the police investigation and in pursuit of a killer. Jackson is hot to solve the case as they follow the clues through Connecticut and New York State, uncovering both legend and fact. As they
Публикуване на коментар
Прочетете още
Още публикации